Cruise liners have operated in one form or another for well over a century, and today many countries operate such leisure ships in a growing industry. If you haven’t travelled on one, odds are you know someone who has. 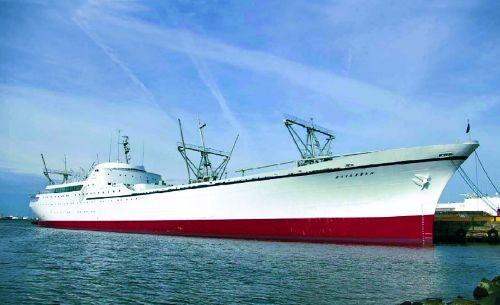 Sadly not this one.

The largest can berth up to 4000 passengers or more. Per total number of passengers, an impressively small number of fatalities have occurred in the operation of these ships over the decades. Safety is mandated by the International Maritime Organisation, a UN agency.

As we witnessed a few years ago with the Costa Concordia, things can still go awfully wrong. Conceivably, a cruise line accident in deeper water could result in a higher immediate loss of life numbering in the thousands.

But just imagine if humans could breathe water. Fantastical, for sure, but wouldn’t it mean that possibly everyone might survive? That the unlikely sinking of one of these vast vessels wouldn’t be the disaster we would otherwise expect?

Now, replace the cruise liner with a nuclear power plant, the passengers with the surrounding population, and the water with radiation. Despite the hesitancy surrounding nuclear power and the fear of radioactivity, the last few decades have provided compelling evidence that harm from limited exposure to radionuclides, just like from natural elevated radiation, is quite possibly non-existent.

It is commonly opined that the builders of Fukushima Daichi probably thought of their reactors as unsinkable ships… Which invariably insinuates that any and all reactor safety is ultimately futile. However, just like cruise ships, there really is only so much that can go wrong, and cause loss of core cooling, the one common issue between all famous nuclear accidents. Nuclear power also has a UN agency monitoring to ensure high safety standards.

Here in Australia metropolitan intersections are largely automated by induction loops buried behind the stop bar, which detect the metal in your car. There’s a particular type of motorist who is not only unaware of this, but also makes no effort to pull up to the stop bar to wait for a green light. Maybe you have witnessed the absurd culmination of this ignorance: a driver waiting for a green arrow to turn across traffic (right, in Australia) but too far from the sensor, such that the traffic management system can’t tell the car is there at all. Other cars queue behind the first, perhaps without seeing what the problem is. Nobody can move, and the person who is responsible for it all is as oblivious to the cause of other drivers’ mounting frustration as he or she is of how modern roads work.

I submit that vocal nuclear opponents are the climate change and energy supply equivalent of this type of driver. They don’t realise that they fundamentally misapprehend supply and demand of grid electricity, the consequences of energy poverty, and the mathematical limitations of clean but diffuse sources like wind and solar, not to mention the current impracticality of battery or hydro storage at anything approaching grid-scale. We want to proceed with planning a sensible low-carbon future but we get stuck behind these opponents who don’t even know how bad they are at driving. Those of us who can see the problem – why the arrow won’t turn green – try to shout, gesture, even honk, and the rest of the drivers also waiting end up either annoyed with us or confused about what we’re trying to achieve. What we’d really like to do is talk calmly with these others and address their concerns about nuclear, but that would require getting out of the intersection and parking somewhere, which is being very effectively impeded.

These guidelines are open to negotiation. Calm, rational negotiation, like most other things should be.

I’m sure not qualified as a driving instructor, but, really, who wants to be that guy?

We are justified in expecting that all aspects of cruiseship safety have vastly improved since the Titanic sunk, so why make an exception for nuclear plants, especially when experts expect no death or illness at all from the most recent accident? From what kind of motivated reasoning comes the idea that nuclear plant construction and operation alone, out of all enterprises, has no capacity or desire to improve over time?

And just where did these people who’re telling us it’s so freakin’ unacceptably dangerous learn to drive?