The Bataan Nuclear Power Plant was completed by 1986, but was never operated for electrical generation following regime change and the shocking events of Chernobyl. Geographically, it is the closest plant to Australia.

A Westinghouse PWR, it is the most complete non-functioning reactor in the world. According to Mark Cojuangco, BNPP achieved pre-OSART 2 in late 1985 after testing of turbine power, heat and pressure systems. It was to supply 621 MW of electricity. Let’s assume an 80% capacity factor, and round down to 4.3 TWh of clean electricity per year since 1986 – that’s 28 years. Given the 2011 IPCC figures for emissions intensities, if this had displaced coal combustion the Philippines would have abated over 118 million tons of CO2 emissions to date.

Atmospheric carbon wasn’t so widely understood to be a problem back then of course, despite warnings from scientists. Bataan was largely built in reaction to the same oil crisis to which France responded so successfuly. But given current, stubborn opposition to considering nuclear power in the face of far clearer evidence, it’s doubtful this would have been a consideration.

This opposition has its roots in the fear that crystallised from Chernobyl, and one must concede that fostering public support for commissioning Bataan back then would have been impossible. But this is now, when the actual impacts have been thoroughly investigated (as opposed to estimated, often wildly and irresponsibly), after the carefully maintained plant building has weathered earthquakes, typhoons and a volcanic eruption, and after Phillipino electricity output has roughly tripled – mainly from coal.

There is a laudible effort to finally commission Bataan, which would be cheaper and faster than installing a new, similar-sized coal plant. Three decades later, and the Phillipines is sadly still in The Storm. Though its carbon-mitigating contribution would be proportionally small, this reactor would be the first, and it would rapidly help Philippinos understand that they need not hesitate any longer. Further reactors of even better design could be constructed. Decades later than ideal, but better than never, modern clean electricity could become the Norm for the Philippines.

Here in Australia we are also feeling the first gusts and squalls of the Storm before the Norm. Advocates can point to the testimony of renowned scientists, environmentalists and professionals as well as solid, comprehensive analysis that demonstrates that the  advances in renewable technologies, exciting by themselves, will not touch the sides of the urgent task of decarbonisation. Opponents, like all conservative groups, resist calls to reconsider their views in light of new evidence and recent events, and rely on comfortable, entrenched attitudes and believe that the majority shares their opinion. The spectrum between, occupied mostly by ordinary people who don’t really care where their electricity comes from but who have mostly had their view of nuclear power thoroughly coloured for so long, can now sort all the information for itself and question the narrative through the magic of the internet.

If we can keep the signal up against the noise, I think that’s ideal. Australians shouldn’t really be forced to care how their electricity’s produced, but neither do they tolerate misinformation for long. If the failed  narrative gives way to the reality of comparatively safe, non-polluting, reliable modern energy from high-tech, internationally-overseen power plants that provide secure employment (for an example, look at the US nuclear sector), then all that’s left would be commissioning the first reactor and bringing Australia’s future up to criticality.

The proposal to build a coal plant on the grounds of Bataan, instead of finally fuelling and commissioning the reactor, goes to the very heart of the energy problem that we face. There the power plant stands, maintained, perfectly intact after earthquakes, typhoons and volcano – if ever a nuclear plant was thoroughly pretested, Bataan is it. Inoperative, it has been instructive. That time is over: let it do what is was really built for. 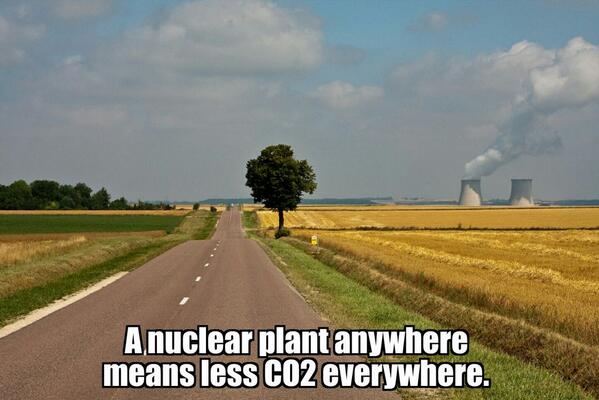