We were all recently reminded by Greens federal senator Ludlam of the dual nature of uranium: it can be made into energy or into weapons. Safeguarding Australian uranium from destructive purposes should unquestionably be a priority, but whether knowingly or through ignorance, conflating the two uses is still what it has always been: an agenda. 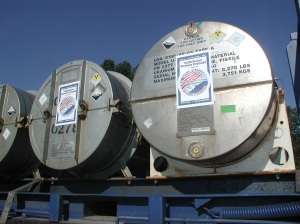 Rather, we can let the facts speak: civilian nuclear power is the only industry which has achieved substantial nuclear disarmament. After the Soviet Union fell, an arrangement was reached to dilute twenty thousand bombs worth of weapons-grade uranium and use it as fuel in US reactors. The Megatons to Megawatts program provided 10% of the country’s electricity for two decades – without contributing to climate change or air pollution.

Disarmament and responsible used fuel stewardship are worthy pursuits, and far from abandoning it, the nuclear industry clearly needs to be well-regulated and supported in order to achieve them. Likewise, the irresponsibly exaggerated agitation regarding “dirty bombs” is explored methodically by an actual expert in this article. Management of by-products – including the senator’s ill-defined toxicants, poisons and carcinogens – has to date been exemplary.

For anti-nuclear thought leaders such as the senator, the agenda is emotive rather than emotional. Perpetuation of the conflation of peaceful power with weapons and singular dread of “nuclear waste” crucially hinge on an absence of clear, impartial education. Experts and authorities are to be shunned and suspected. It is also an unscientific treatment of a fundamentally scientific subject: the senator proudly relies primarily on one source, the non-peer reviewed World Nuclear Industry Status Report. Moreover, it’s way past the hour to call them out for every time they neglect to credit nuclear power for its proven climate contribution. 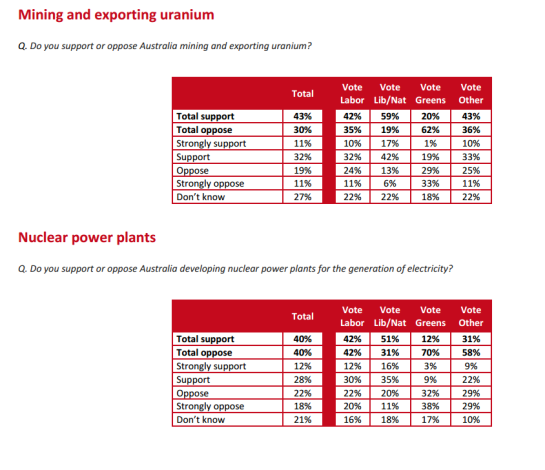 The senator’s position is of course immutable; an uncompromising rejection of nuclear energy, unchanged from the 1970s, is demanded by his party and his supporters. Well, most of them – if Essential Vision’s most recent poll is any indication, every fourth Green voter either supports or has no opinion on uranium exports. Twelve percent of them would like to see emissions-free nuclear energy being produced in Australia, and almost a fifth of the remaining Green voters appear unconvinced of the repeated narrative of nuclear disasters*, exceptional radiation danger, and the oversell of “100% renewable energy”. I heartily encourage these voters to come out of the closet and engage their peers and leaders on the issues. There’s nothing to fear.

Clarification:
Notwithstanding the perspective on non-proliferation and radiological dispersion devices provided in the linked article at Nuclear Diner, it was not this article’s intent to suggest that responsible management of used fuel from civilian power reactors provides associated safeguards against the nefarious use of unrelated radiation sources. The security and proper disposal of such materials, notably salts of radiocesium used in dignostic procedures, is a separate subject under rigorous study, and should be supported. I thank Dr Glenn Carlson for his assistance here.

2 thoughts on “Time To Call Them Out”