Following on from the previous article regarding the misuse of metrics, this article is a guest post by Keith Pickering. More of his analysis and commentary can be found at Daily Kos.

A few thoughts on LCOE, Levelized Cost Of Electricity.

The first thing to realize that LCOE is, and always has been, an investment tool, designed for investors, to aid investors in energy markets make investment decisions. And when LCOE is used for that purpose, it is (usually) appropriate.

The problem comes when we want to use LCOE to make public policy decisions, which can (and usually do) have a different set of decision parameters than financial investment. One obvious difference is in asset lifetime.

For example, the US Energy Information Agency publishes LCOE estimates every year, and while they do a pretty bad job of explaining how they compute things, one thing they do say is that for all energy types they use a lifetime of 30 years. Why? Because banks don’t make loans for longer than 30 years, that’s why. Now if you’re considering whether to loan money to an energy project, that 30 year lifetime makes perfect sense. But if you’re planning an energy infrastructure for half a century or more, the 30-year lifetime in your LCOE calculation will systematically undervalue long-lifetime assets (like nuclear and hydro) and systematically overvalue short-lifetime assets (like wind.) Using a 30-year lifetime implies, essentially, that generating assets with a lifetime of more than 30 years will have zero asset costs during their lifetimes beyond loan payoff. Essentially that pretends that the electricity cost would *drop like a stone* to extremely low levels at the 30 year point. But those really low future electricity costs are *never reported* in LCOE; the assumption is just left out there, unmentioned.

To be consistent, then, us cliamte hawks should also press for an equally low discount rate when computing LCOE; that is the socially responsible way to value the future in the face of long-term climate change. But EIA uses a Weighted Average Cost of Capital (which is the discount rate by another name) of 5.5%, nearly twice the rate used in computing SCC. That doesn’t mean it’s wrong; for an investment tool, it’s appropriate. But again, if you want to use LCOE for policy purposes, there are other things to consider.

The investment management company Lazard publishes their own LCOE results every year, and every year the low-low LCOE of wind is caressed and trumpeted by certain wind-loving types. It’s no coincidence that Lazard is heavily involved in wind energy stocks, and has skin in the game as far as wind energy is concerned. The Finnish blogger Jani-Petri Martikainen has already cataloged some of the many thumbs Lazard puts on their scale to favor wind, and it’s no surprise that jacking up the discount rate is one of them: Lazard’s rate is a whopping 9.6%, which immediately rockets high-asset technologies (like hydro and wind) way up in price. Then they lower their LCOE (for wind only) by assuming hugely unrealistic (55% !!) capacity factors for wind. The net result is that Lazard’s bottom-line wind numbers look about like EIA’s (so they can reassure their customers that they’re doing it right) while all other technologies are way too high. It’s utterly deceptive, but they apparently hook the investors they’re trolling for.

Another good LCOE resource is the OpenEI Transparent Cost Database, which is a meta-analysis of everybody else’s LCOE, but with homogenized parameters for tax rate, discount rate, and capacity factors for the various technologies. Unfortunately it looks like it hasn’t been updated in more than a year now, but it does have everything spreadsheeted out, which lets you examine the calculations and play around with the assumptions. With OpenEI’s standard parameters, nuclear already looks appropriately cheap, even in the first thirty years. And if you count the second thirty years of expected plant life, it’s no contest. 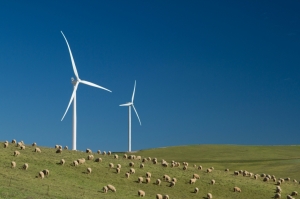 The Hornsdale wind farm in South Australia operates under a tariff agreement with the Australian Capital Territory worth $77 per megawatt hour. In the absence of this arrangement, it would derive revenue from selling Large-scale Generating Certificates as the majority of incentivised renewable generators do in Australia. Stage 2 was completed in 2016, adding 100 megawatts for $250 million. For comparison, the cost of the first 100 megawatt stage at Snowtown in the same state in 2008 was $220 million – practically the same, adjusted for inflation. The impact of adding to so much wind capacity on system strength in South Australia, as identified in the Finkel Review, is not accounted for in the tariff. However, Hornsdale stage 2 is trialing a method to supply Frequency Control Ancillary Services to the market.

One final word about cost. You often read about some contracted electricity price for some new installation (typically solar) that is impressively low. These Power Purchase Agreements (PPAs) are common in the industry, but you should be aware that PPA price is always lower than LCOE. That’s because a PPA does more than transfer energy: it also transfers risk, from the seller to the buyer. If you want to build a new generator (of any type), you’re taking different financial risks: the risk that the project will never get built, and the risk that you won’t be able to sell the electricity, or not for the price you need. Banks understand these risks and set the interest rate on the loan accordingly. When a PPA is signed, the first part of that risk (that it won’t get built) has already passed, because as a general rule a PPA isn’t signed until the generator is already built. And when a PPA is signed, the second risk component (not being able to sell it, or for the right price) has also been eliminated. With a newly signed PPA in hand, the generator owner can re-finance his loan to a very, very low rate, because at that point the risk is almost completely gone. The buyer of the electricity (the other party in the PPA) has assumed the risk that the price he’s paying on the PPA will be lower than the price he could have gotten elsewhere on the wholesale spot market. Because the buyer is assuming that risk, he expects a lower price than he otherwise would have gotten; and because the seller is shedding that risk, he’s willing to sell at a lower price too. Generally, a PPA price is about what LCOE would be if the discount rate were close to zero.

Many thanks to Keith for this clarifying commentary. I added the description of Hornsdale wind farm to help illustrate it with real world Australian context.

For the reasons mentioned above, and as it’s so heavily relied on by anti-nuclear campaigners, I avoid using Lazard’s analysis on this blog. But its latest edition included this piece of important guidance which many would be wise to take on board. 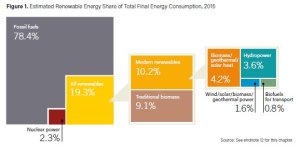 The levelised cost of electricity – LCOE – is defined as the total cost per kilowatt hour of electricity accounting for the installation, operation, maintenance, financing, taxes, decommissioning, and other minor considerations for a given technology over its operating lifetime. LCOEs are routinely presented to compare different sources of electricity – unfortunately often when someone wants solar or wind energy to appear cheaper than nuclear energy. 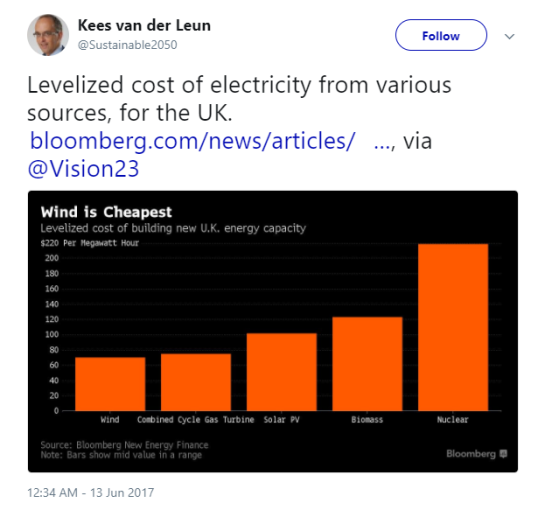 It’s being increasingly recognised that LCOE doesn’t suit this sort of comparison. Important factors which aren’t accounted for, according to Aurora Energy Research, include market value, realistic generator performance and the value of storage technologies.

Furthermore, as explained by the IEA and NEA:

The LCOE methodology was developed in a period of regulated markets. As electricity markets diverge from this origin, the LCOE should be accompanied by other metrics when choosing among electricity generation technologies.

Probably the most important of these other metrics excluded from LCOE calculations is capacity credit, which is a function of the intermittent nature of the “fuel” for some technologies in the context of the demand on the grid. To take the IEA definition:

The capacity credit is the peak demand less the peak residual demand, expressed as a percentage of the variable renewables installed. For example, if 10 GW [gigawatts] of wind power plants are installed in a region, and their capacity credit is 10%, then there will be a reduction of 1 GW in the amount of other plants required, compared to a situation with no wind capacity. This is due to the weather-influenced output of variable generators (generally wind and solar, and also wave and tidal).

Clearly, if a 1 GW nuclear power plant is installed and operated well in the neighbouring region, it’ll replace 1 GW of, ideally, fossil fuel energy. The extraneous issue of its “waste” – which has no climate impact – will be capably solved through recycling and repositories without burdening our decendants.

Contrast the way the LCOE metric is used (or misused) to a rather different metric, the greenhouse gas lifecycle assessment – LCA: 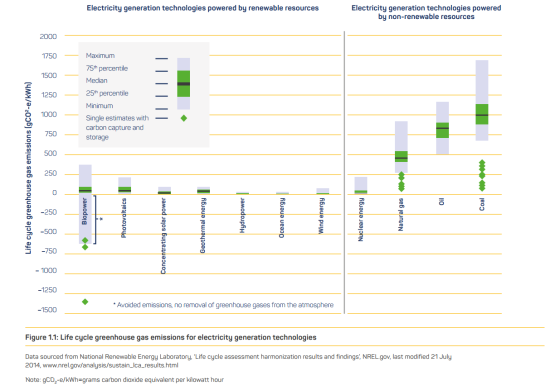 There are many sources for LCAs of practically every generation technology, but arguably the most authoritative is provided in comprehensive meta-analyses by the US National Renewable Energy Laboratory.

Advocates of nuclear energy as a tool in climate action persistently cite this sort of authoritative metric, and one crucial thing should be recognised: they don’t exclude renewable energy sources by doing so.

Such advocates, exemplified by the 75 leading conservation scientists from around the world, who in 2014 implored environmental groups to reconsider nuclear energy, recognise the importance of not excluding any proven or promising options.

The NREL LCA for nuclear energy – already a very low emissions power source – analysed fast breeder reactors in supplementary material, finding a median value of 0.87 gCO₂-e/kWh, the lowest of all. This is mainly because they wouldn’t require mining for their fuel.

BN-800, an operating fast reactor in Russia. It runs on decommisioned nuclear weapons.

This is why such advocates are determined to include this option. And while the IEA’s example of wind energy may have a tenth of the supply capacity with over 10 times the median LCA emissions (on paper), they certainly don’t want it excluded.

And of course, it’s not just electricity. Take another look at that REN21 chart. Still nearly 80% fossil fuels to meet total energy demand – who exactly wants to limit our tools to just “cheapest” wind? Please be wary of anyone who does.