I present a guest repost from Luis B Aramburu of Global News and World Report.

Should the electricity production in Australia go nuclear?

In this entry we’ll calculate the number of reactors that would be required to produce 50% of the electricity in Australia.

Before even starting, here we state two facts:

1. Australia is the Saudi Arabia of Uranium reserves: they have 31% of the world total. The country in second place, Kazakhstan, has less than HALF Australia’s reserves.*

2. Australia has the 4th largest global reserves of Thorium.**

Other countries would certainly kill to own these amounts of fissile material.

According to the IEA, Australia produced 228,152 GWh of electricity in 2013.  Let’s convert this to average power:

50% of the above power is 13 GW. So now let’s calculate how many 1GWe nuclear power plants would be required to supply 13 GW of electrical power.

To be conservative, let’s say that the capacity factor of these reactors is 85%. Thus:

That’s it! 16 reactors is all that Australia needs to replace 50% of its electricity and thus dramatically reduce its carbon emissions (in 2013,86.4% of Australia’s electricity was produced with combustible fuels).***

With their current reserves, Australia essentially has enough U / Th to power a civilization “forever.”

Sure, the Australian coal industry would suffer greatly, but this is probably the price that has to be paid to reduce emissions Down Under.

The growth in Australia’s electricity consumption is projected to amount to only 1.4% per year, so by 2035 they would need 22reactors to supply 50% of its electricity. China today is building 28, so22 should be a perfectly achievable objective for a developed country like Australia.

Feel free to add to the conversation on Twitter: @luisbaram 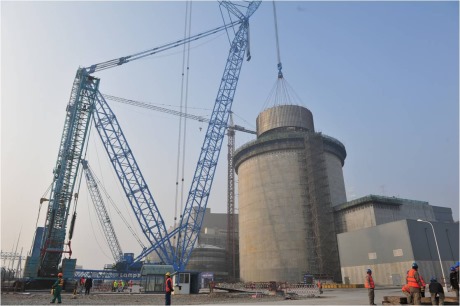 When we think “1GWe nuclear” these days, it is almost always the Westinghouse AP1000. Multiple units are being constructed at 2 sites each in the US and China, with more definitely planned in each country plus in the UK and Bulgaria. The first unit at Sanmen, China is rapidly approaching completion. The pair of units at Haiyang isn’t far behind and the total cost has been quoted at US$5.1 billion. This is incredible modern value for high tech, clean nuclear energy. Projects like Vogtle 3 & 4 enjoy substantial collaboration with corresponding Chinese consortium to maximise the available advantages in construction and scheduling. I won’t claim that Chinese costs are internationally transferable, but approaching them if possible must be the aim. 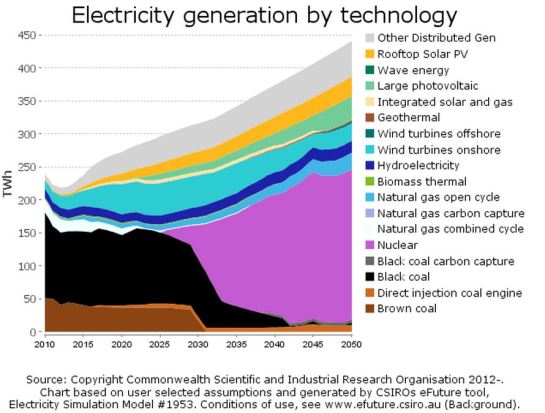 The inevitable plan for nuclear rollout in Australia can and should draw on the optimised Chinese perspective – where suitable for our admittedly different circumstances. It needs to soberly consider the lessons available from Fukushima and Three Mile Island, both in terms of safety culture, process and compliance, but also public awareness, education, communication and consultation. (Remember, following the great earthquake, residents of Onagawa ran towards their local nuclear plant for safety.) The regulatory framework must combine the same robustness we see in countries traditionally accepting of nuclear power with the most informed, modern understanding of safety-focused structural engineering and radiation science. Adopting nuclear power in Australia, then restricting its application through overly conservative radiation limits, would risk retarding its contribution to rapid decarbonisation.

We are in a unique position in this country: we have centuries of domestic fuel supply (at current usage rates); safe, deployable reactor designs are now available from international vendors; and the inertia and flaws of other nations’ regulatory regimes can provide crucial guidance and allow ours to maximise efficacy in climate change response and operational safety. Expensive regulatory burden that results in, e.g., the 9-year long AP1000 design certification process would be incompatible with our carbon abatement goals: labyrinthine, punishing compliance doesn’t replace coal and gas plants.